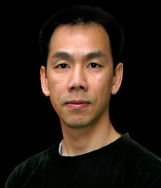 Grandmaster Ip Man was the first person to bring Wing Chun out of secrecy from China into the public eye. Wing Chun Kung Fu has become one of the world’s most prevalent systems of Chinese martial arts and has spread to every continent on the globe.

Popularized by Bruce Lee during the late 1960’s and early 1970’s, it is now taught in hundreds possibly thousands of schools.  Long kept a secret and taught only to family members or close trusted friends Wing Chun was not openly taught until Ip Man, Bruce Lee’s Master, brought the style to Hong Kong in 1950.

The Virginia Beach Wing Chun Kung Fu School offers training in authentic Ip Man Wing Chun under the direction of Sifu Gorden Lu the grand nephew of Ip man. Sifu Lu is dedicated to teaching Wing Chun in its purest and unadulterated form as it was passed down to him from his father Sifu Lo Man Kam, the nephew of Ip Man, and Sifu Duncan Leung the founder of Applied Wing Chun. Having trained under the direction of these two great masters both who are world renown for their knowledge of Wing Chun, Sifu Gorden has gained a holistic understanding of the system.